emerged from the well-known company

We have been active at our current location since 2006.

This location has been restructured, continuously modernised and adapted to meet our expanding needs in a sustainable manner.

In 2008, a modern production hall was built in which large components can be safely produced in a cost effective manner by means of modern lifting equipment (two overhead cranes, each with 5 tonnes lifting capacity).

Construction work on our new production hall for our CNC machines is nearly concluded and we expect that the machines will be moved into the new hall in January/February 2016. Through the edition of this new building, the entire floor space of the production hall built in 2008 will once again be at our disposal for the final assembly of components. 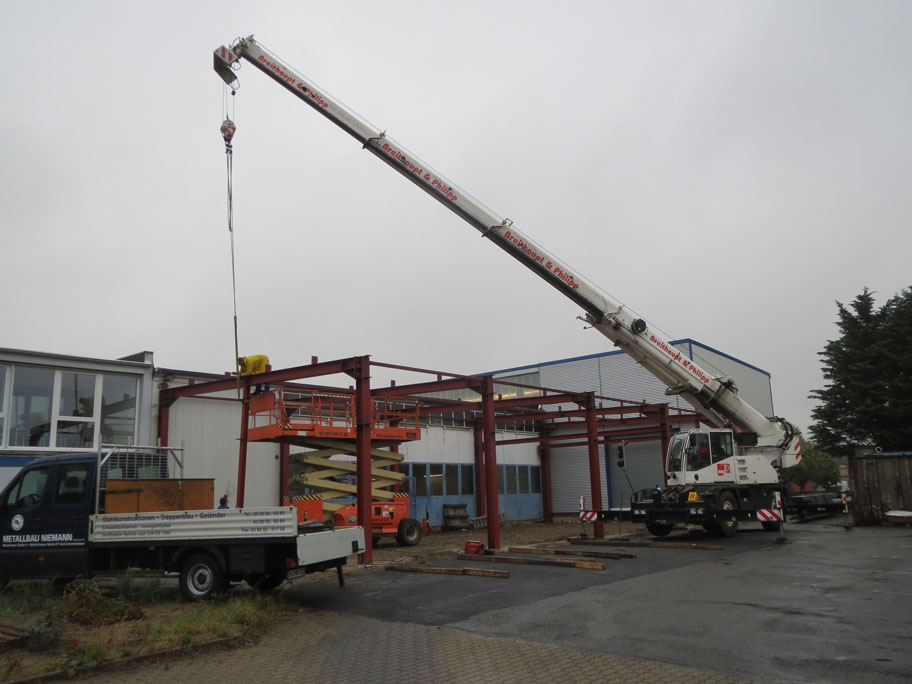 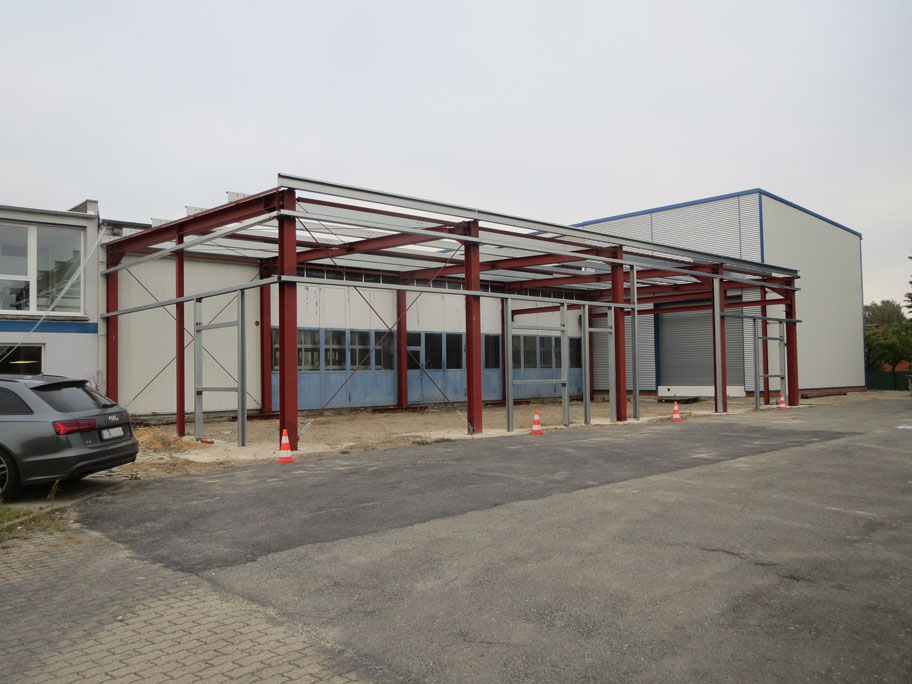 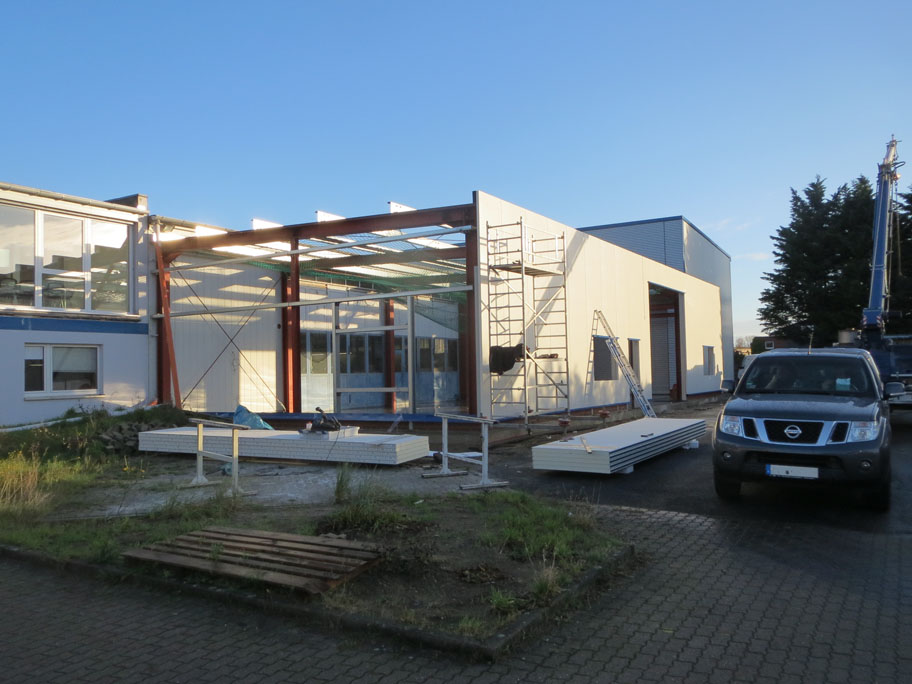 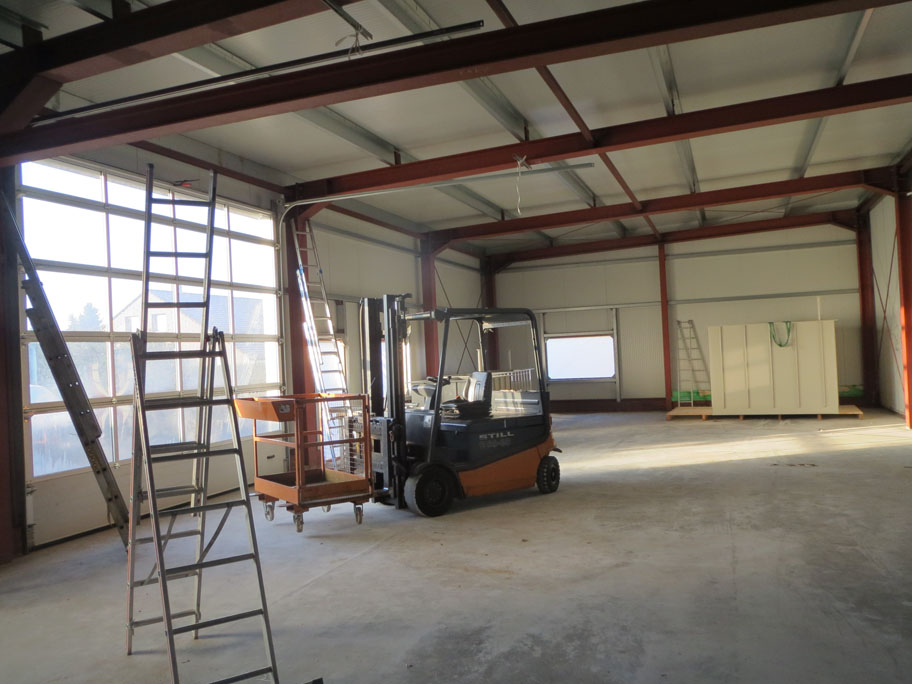 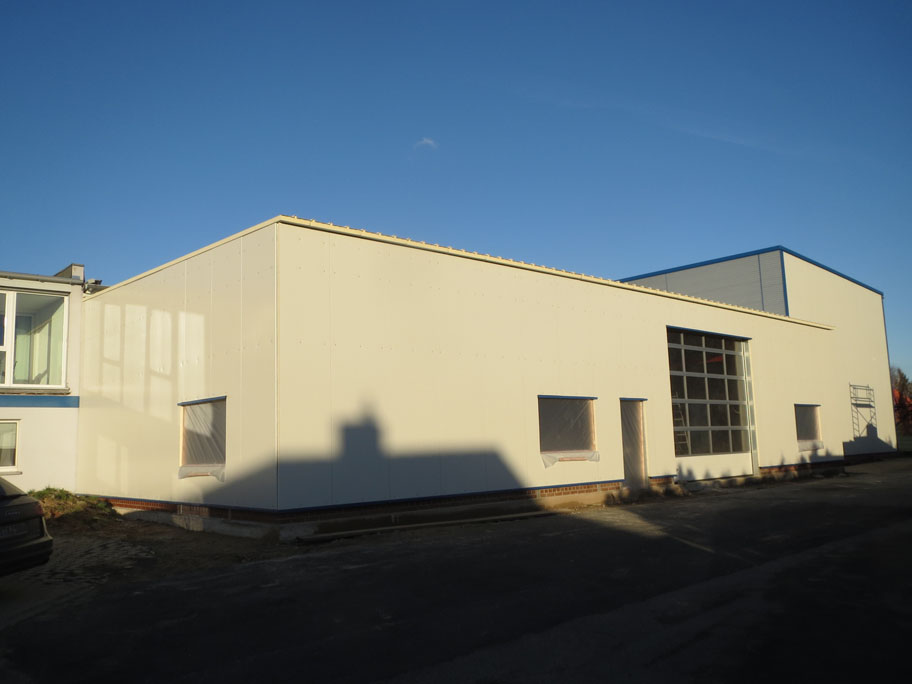 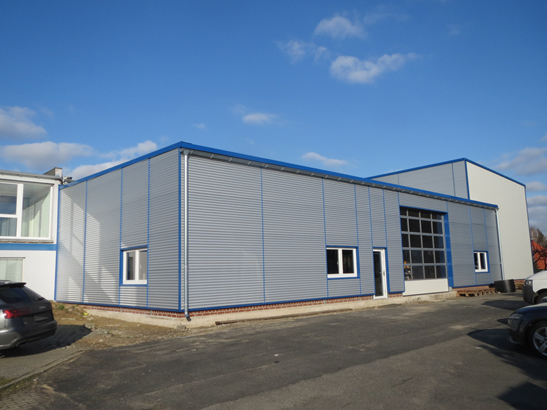 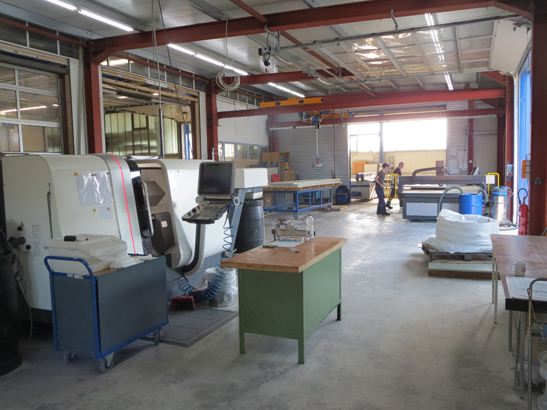 To remain successful in a field of strong competitors at home and abroad, we focus on the production of high quality products. By combining a high degree of automation through CNC production, we are also able to offer high quality at a competitive price. We produce exclusively in Germany with state-of-the-art equipment in continuously optimised surroundings. Our organisational structures are also in a continuous optimisation process to monitor and maintain this quality.

To ensure the necessary high professional standards required, we train our employees whenever possible in-house. We are especially pleased to have two highly promising apprentices this year.

Companies in the plastics processing industry have relatively high energy requirements. Our goal is to further reduce energy consumption despite economic expansion. In 2014, for instance, we installed a high efficient heating system that has been supplemented by a heat pump for summer operation. Almost all of the lighting has meanwhile been converted to LED technology and thermal insulation of our buildings has been further optimised step-by-step. In 2016 the roof and remaining facade of the old production hall will be renewed to achieve modern insulation standards. The next steps planned for 2016 are photovoltaic and solar heating facilities on the new CNC hall to reduce CO2.